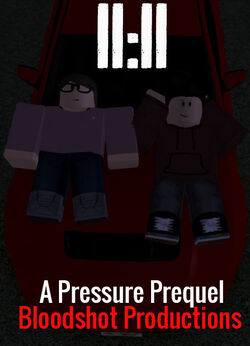 11:11 is a prequel to Pressure, taking place roughly 10 months before Pressure on New Year's Eve.

Zach Kennedy and Monty Nguyen go to a New Year's Party where they meet Tyrese and drink. Later Monty runs into Tracy, his longtime crush which so happened to bring Cassidy Valentine.

11:11 was originally going to be a flashback scene in Pressure but dare decided to make it a prequel short. Dare started filming late December and finished on January 21st.

11:11 received generally positive reception. Somekiryu outlined some of its critiques such as the dialogue giving away too much information and the logic in the last scene but overall liked some character's dialogue and soundtrack.