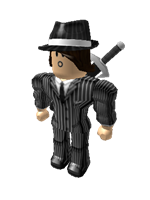 Agentmeap was a director who ran Roblox Adventure Productions. He frequently collaborated with MisterThrowback.

In early 2011, Agentmeap's computer couldn't play ROBLOX. After a while he started watching ROBLOX films, and by the time his computer was fixed, he became a ROBLOX film maker and directed his first Roblox Record series, The Legend of Link.