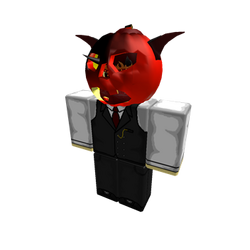 Coollegodude1(also known as UnknownDirector) is a ROBLOXian actor, writer and director. He currently owns The Unknown Productions and is also one of the five Directors and Owners of ConFilms.

Coollegodude1 began his acting career by joining The Mafia Films and Zilex1000 Productions. He later worked with Neverwakening Productions. In July of 2013, Coollegodude1 was chosen to helm RobloxMarvel's The Fantastic Four Origins, before Cool dropped out of the project on February 9. On February 21, 2014, Coollegodude1 left Robloxiwood. PayDay For You and Me was his last film, which was filmed with director ██████████ and released by The Mafia Films. On September 20, 2014, Coollegodude1 returned to Robloxiwood and was working on a film called Stonecreek with ██████████ before it disappeared from ███'s filmography, leaving its fate unknown. December 5, 2014, Cool released his debut short Alone.

He announced at the premiere his next project would be Captain's Log, a film to be written by Cool himself, Poppleworks, Ultrazz, and Routess. The film started out as a sci-fi film, but they later changed it into a WWII type film. Due to writer's block, the project was later cancelled. On April 25, 2015, Cool released The Closet to mixed reviews. He announced at the premiere that Stonecreek would be his next project and first film.

On May 24, 2015, he released Dreamer, a short created for ChildOfGiotto's monthly challenge. On August 3, 2015, his ROBLOX account got deleted when he was falsely accused of unauthorized charges. He created a new account called UnknownDirector, but he later got his account back after multiple appeals. He soon released his mystery short, Henry Elliot's Body.

He is currently working on The Last Messiah. He also currently holds the rights to Rick120's The House (Reboot) franchise aswell as 2 of EpitomeOfInfamy's cancelled projects.