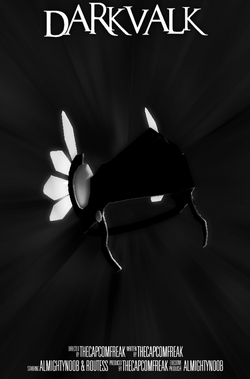 Darkvalk is a 2013 action series written, directed and produced by somekiryu. The series premiered with its first season on August 7, 2013, and the second season premiered on September 15, 2013. The final episode of Darkvalk aired on February 14, 2014. The series is currently being rebooted into a film, Darkvalk.

When Noak moves to one of the remaining city-states of the world, he is faced with police brutality, corrupt government, and an anarchist, he puts on the mask and becomes Darkvalk.

Production on the series began summer of 2013, and carried into the beginning of 2014.

A film was soon made to reboot the ending of the series soon after (Darkvalk: Dissonance).