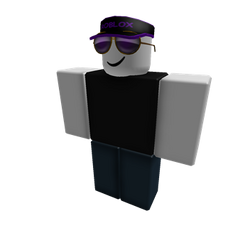 Endpoint (formerly TheFallen123) is an American director and the owner of Stopmotion101 Studios.

Endpoint, being inspired by Are92, Hacker225, Revenger123, Fleskhjerta, and mikki, and Dayren, joined Robloxiwood in early 2010 as TheFallen123. when he made his first machinima ever, Infected. It was a 14 minute film that centered around Robloxia being infected, and one man being the only one to stop it all. Later on, as Endpoint progressed, he started a series known as Planetary Conquest.

Eventually, in the middle of 2010, Endpoint met mikki, a director with his own company who focused on creating comedy sketches and short movies. With his help, Endpoint started Stopmotion101 Studios (which at the time only had 5-10 actors), and together the two worked on projects, however he took a different approach, and went down the path of creating movies. With mikki and a couple of his friends, Endpoint released Fire VS Ice.

After releasing many productions, his main account, TheFallen123, was banned on December 6, 2015. He soon returned that same day as Endpoint.