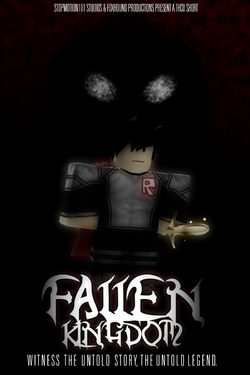 Fallen Kingdom is a 2019 fantasy, sci-fi short war film directed by Endpoint. The film serves as a prequel to The Dark Knight: Apocalypse, and is canon within the THCU.

War ensues as two kings from opposite worlds clash in an epic survival of the fittest, and battle each other to the death.

After the release of The Dark Knight: Apocalypse, fans loved the character of the main antagonist; Crimson. During a conversation between somekiryu and Endpoint however, somekiryu noted how little screentime Crimson has in the film in its entirety. To remedy this, as well as satisfy the fans, Endpoint began production on Fallen Kingdom, as a fan service film, with nostalgic callbacks to previous non-canon moments within older films. Production on the film began with script writing as early as November 2017.

The film officially went into filming early 2018 and is set for release sometime in 2019.

Fallen Kingdom received positive reception, with viewers praising the animation, fighting sequences, writing, and central storyline. However, some noted that character development was an issue, particularly with the character of Death Adder.

Others also noted the omission of classic characters such as Scion.