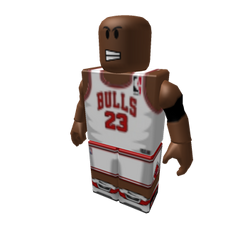 HeadlessHorseman12 is a ROBLOX film actor and the former owner of Headless Films. He has worked on films since 2010. His main alternate account is nemeisis.

HeadlessHorseman12 originally came to Roblox on July 5, 2009. His first experience of Robloxian movie-making came from Headless Films in 2011. Now, he is one of the main actors of the WRS Corporation. He has also acted in the Destruct Fire reboot, made by Brisingric and Breathtaker, made by ThecapcomFreak. Headless eventually left ROBLOX and the last film he will ever film in was KrisBush15's Bandon Bush.