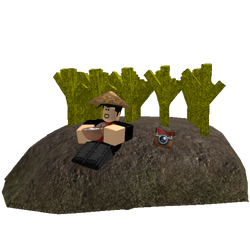 Jackiepwners (formerly jackiepwnrs, jackiepwnrs2) is a Canadian ROBLOX film director, writer, and actor who made his directorial debut with The Unstoppables.

Jackiepwners joined ROBLOX December 31st, 2012 as jackiepwnrs. Jackie's first attempt, Wars of WW2, though he strived to improve in film-making and soon had to make a new account after forgetting his password, so the Jackiepwners account was made in February 8th, 2013. Later, Jackie and his friend released Red Berets: Jungle Soldiers.

In 2014, Jackie had joined Stopmotion101 Studios and acted for Endpoint. In 2016 Jackie soon had the motivation to finish his Dark Knight based film because he didn't like the idea of copying. During the summer of 2016, began to write a story from scratch, The Unstoppables.

Currently, Jackie is in production of making the scripts for the Unstoppables Cinematic Universe.