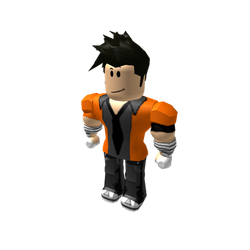 Hacker225 (JohanSKrueger) is a director.

On August 28, 2008, Hacker225 joined Roblox with the account Hacker228, but he didn't start playing until September 21, 2008. He first just played around on Roblox until he saw one of JJ5X5's Roblox Gone Crazy videos that he had the idea to make his own.

He created a youtube account called Besthackermaster and he uploaded his first video there called Roblox randomness. The screen capture software he used was CamStudio and the video was ultimately laggy and not funny. His account Hacker228 was banned in the beginning of March of 2009, leading to the creation of his current account Hacker225.

Besthackermaster was later deleted and then he created another Youtube account in which was called xxUltimateWeaponxx. He created 5 videos which were I Am Roblox( I Am Legend Spoof), a remake of the Kingdom Hearts Sanctuary video in Roblox but later deleted due to copyright, two videos that won the Roblox Trailer and Tutorial Contest of 09 in which he won Top 100 Winners on both of them, and two comedy videos, Roblox April Fools On You and, No Easter Egg For You.

These videos gain him much popularity over time inwhich he had up to 345 subscribers. After time he began to dislike his channel name and given his rising popularity he was in a crossroads of what to do next. Finally the decision was made and he deleted his old channel and created his new channel inwhich he still currently uses, JohanSKruger.

He mange to put 5 videos of his previous channel but his popularity from his last channel had to start over. He had a slow start with barely getting 20 subscribers in 3 months. Then a ROBLOX user named RoYeL made a contest near the end of 2009 in which he would select the best movie of the year. The deadline date was December 20, 2009. That's when Hacker225 created Roblox Trapped In The Darkness.