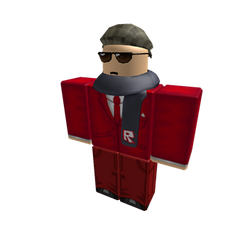 LordCrossfire82 (formerly KrisBush15) is a director and the owner and president of the ConFilm Studios.

KrisBush15 joined Roblox on April 14, 2010. He began working with films when he joined Headless Films in 2011. KrisBush15 then founded the company WOW's Roblox Studios, which would later become the WRS Corporation.

During the production of "KrisBush15: Action Cop", KrisBush15 met DonCurrency and Revenger123. Throughout 2012, KrisBush15 left multiple times. During this time, KrisBush15 was planning to make Vortex Security: Evolution and a new slate of films under the BCU.

After the major merger on December 2nd, 2012, KrisBush15's old company, the WRS Corporation, became ConFilm Productions. At the end of March 2013, ConFilms split up and the old company was reopened. Under this re-opened company, the company began production of the BCU and made the first film in Phase 1, named Gary Bush III: Dark Days. The next film to be released was Bandon Bush. It recieved negative reviews, and Kris later changed his name to LordCrossfire82. He then opened a new company named Crossfire Studios.

He then planned to create a new film in the BCU, entitled Gary Bush IV: ShadowMoon. While he was working on this, he also reopened ConFilm. The film ended up never being released.

In 2014, Lord released multiple shorts but most weren't recieved well. He didn't announce anything new until October 2015, when he announced a short film called Testament to be made with BenIsLegit as an advisor. The short was released to mixed reception, although it was called by many Lord's best work. After this, he began working on Redemption. Part One was released on March 1, 2016, and recieved negative reviews. He then deleted his channel and announced his departure from the community.