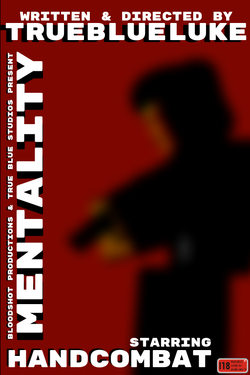 Mentality is an upcoming crime/drama film written and directed by TrueBlueLuke. It is set to be released on November 2019 or earlier.

As Jack Farver, a Massachusetts-state lead investigator, pledges a war against the criminal underworld of Boston, Josh Parkman, a down-on-his-luck janitor, is coerced into joining a thieving syndicate under the employment of the mysterious Mr. Foxtrot.

The script is almost finished and is soon to be edited, filming starts March.