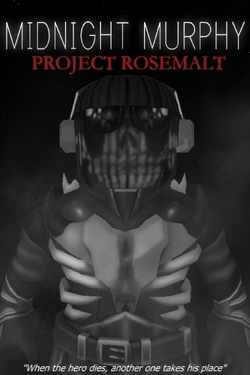 Midnight Murphy: Project Rosemalt is an upcoming 2017 superhero action film directed by Bobtheclumsyman. It is a sequel to The Noob Movie III: Descent Into Eternal Darkness and takes place a day after the events of the film and during The Noob Movie IV: Second Coming Of Corruptix.

The Noob is no more, however 20 year old Murphy Waters remembers the days like yesterday when The Noob and himself would take on the world together. Wanting to reconnect with an old friend of his, (Pablo Torson) Waters finds him missing as it's up to him to find him before he puts himself into deep trouble. However, Pablo isn't the only person who's on the brink of deep trouble as he learns more about Pablo's former friend Trinity Ruthpert.