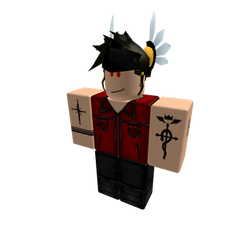 Moses747 is a director and actor. He is currently working on a new series, Deadly Sins, and is an executive producer for the Clans franchise.

Moses747 joined Roblox on January 24, 2011. He focused on game making and commentaries. Over the course of time he found BenIsLegit's channel and was inspired to make skits, then he progressed to make The Crook. He has a history of acting for ThcapcomFreak, CosimoValuta, Routess, and BenIsLegit.

On July 8th Moses took a break from Roblox as he underwent personal matters. After 2 months he returned to Roblox and released a new video, Judgment, and announced his new series Deadly Sins.