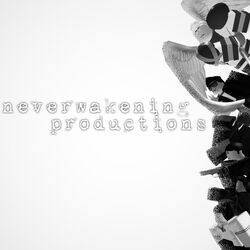 Neverwakening Productions was started shortly after Breathtaker was created, due to Somekiryu needing a new company name to film under, and better organization. However, he did not have Builders Club. In result, the group was made by BenIsLegit in his place. Ben however left the group without an owner, and Gamerwalk took his place. Some time later, Somekiryu became the owner again.

After controversy involving shutting down and reopening, Neverwakening productions officially went back into business on July 30th, 2017, with a new logo and a new prime minister, AlmightyNoob. The Vice President became A_Deer. In late 2017, BenIsLegit became the company's Vice President.