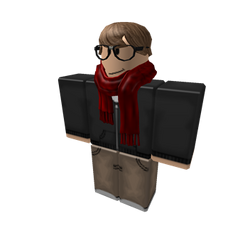 OliveAbuse is the CEO of Legacy Studios and a set designer. He is best known for his work with director Tompengu on the filmAlien in 51 and it's reboot, The Alien in 51.

After joining in 2010, OliveAbuse became close friends with Koprio, the co-director of Alien in 51. Koprio introduced OliveAbuse to "Alien" director tompengu, and was hired as a set designer.

OliveAbuse began at Arrestare as a set designer, but quickly became another member in the creative team. Olive created the detailed Washington D.C. set, and also played one of General Joseph's henchmen in "Alien". Olive rarely acted except for the one occasion, but was present during many filmings of "Alien", and at the filming of "Meetings at Arrestare". When Koprio left ROBLOX, Olive quickly worked on it's successor, Legacy Studios.

Olive created Legacy Studios as Arrestare Films successor. It was early July when Olive came back to Tompengu, asking him if he wanted to restart working on ROBLOX films. Tompengu agreed, and the two began working on Legacy's first film, Before 51, the sequel/prequel to "Alien in 51". Olive is now in control of editing and filming the films, with Tompengu writing and acting in them. "Before 51" is scheduled to be released May 2013, with filming starting January 19th.

Much like tompengu, OliveAbuse retired from ROBLOXiwood in June 2013. Though, he returned with Tom in July 2014 in order to make another film. The new film will feature Olive being the primairy set designer and producer of the film.

On September 13th, Tompengu announced that the film would be a reboot of Alien in 51, titled The Alien in 51. OliveAbuse built the sets for the film, and will edit the film alongside Tompengu. He will also co-produce the film with Tompengu and Thunder162.