Ortazea Academy's End is a 2017 action film by Jackiepwners, and serves as a final movie installment in the Squad 41 Origins series.

In a military-obsessed country called New Ortazea, crime can lead to death sentences, and schools are strict. But most importantly, ages 8 - 17 are sent to a strict but utopian academy, parents are not allowed in the country. Alan Fischer is sent to the academy after hiding, and must think of a way out with two new friends. They must choose between freedom, or slavery.

Upon completion of the Squad 41 Origin short films, two movie installments were to be made and Ortazea Academy's End was one of them. Jackiepwners decided to follow his 4th grade comic book line and continue the Squad 41 Timeline along with the UCU. The film was released on June 22th, 2017. 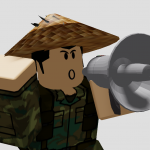