Poppleworks Media is a joint group formed between Appleworks and Popsfootloose949. The duo began working together after meeting during conflicts between their respective bosses, Way245 and austin5ever, but both creators would eventually leave in 2012 (Apple) and 2016 (Pops).

Poppleworks Media began when Pops was seeking a new company, and Apple and Pops became friends again after a long argument with both Olliekins and Pops, and Way245 and Apple. At Superpenguin55's ROBLOX Museum, they officially began the company. The partnership between the two lasted into 2013, when Apple quit due to real life business.

The company became a TMF subsidary on December 31, 2013, and lasted under this title until mid-2014. In June 2014, Pops began doing his own subsidaries: Poppleworks Theatrical Productions and Flaming Films, formed by RyanA17. Another subsidary was later added from MarioDude0123, entitled Nin23 Films. Co-ownership of the group was given to Ryan, Mario and HilariousCoolkat.

When multiple schedules for projects started to interfere, Pops decided to split his projects up. Poppleworks Media Broadcasting was formed to specialize in the company's series and miniseries while the main branch produced films and shorts.

Pops and VP BugaMeister ran into complications. Buga was downgraded from VP to a member on the Board of Directors, and he was replaced by coollegodude1.

After a series of failed projects and mental health concerns, Poppleworks stepped down from ROBLOX filmmaking and shut the company down.

Transferred From Past Companies 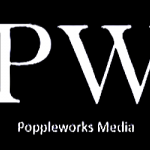 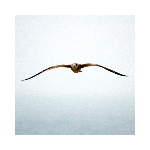 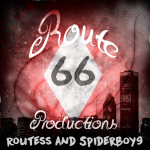