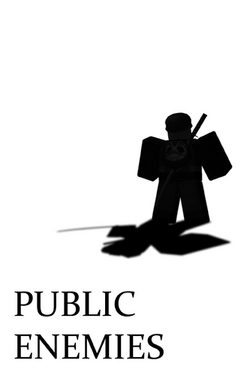 Public Enemies is an upcoming 2019 superhero-action film directed and written by Jackiepwners.

Aron Steriblaze searches for an ideal solution to the world's problems.

Public Enemies was written in mid-August by Jackiepwners and a close friend of his and was completed in September. Filming for Public Enemies is planned to begin early January.

The film takes place after the events of Raiden: Rogue Unit and reintroduces the Unstoppables and Misfits.