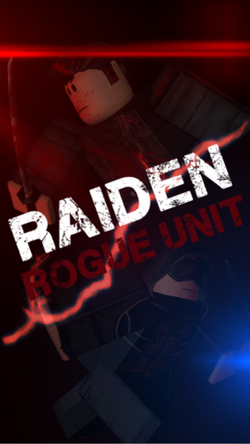 Raiden is unexpectedly drafted to the Hikari Shokuin, a foreign task force full of others similar to him. But after witnessing their sadistic actions, Raiden decides to revolt against his own team for their horrid tactics during operations. Along the burden, he pursues the one who sent him there.

Part 1 of Rogue Unit received generally positive reviews, with praise going toward the story, characters, effects, and animations. Criticism was directed at parts of the writing, along with the lack of music in certain scenes.

Part 2 received critical acclaim, with praise going toward the writing, action scenes, storyline, plot, and ending of the film.