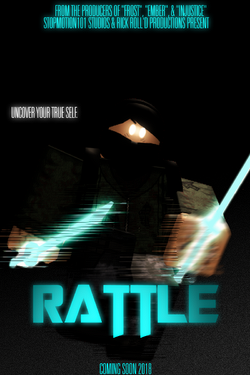 Rattle is an upcoming superhero drama directed by Wholesaleryan56 and written by Endpoint. It is an installment in the THCU.

Trapped in the forest, a special Super code-named Rattle finds herself at odds with the S.C.P when they send a task force led by an unknown woman known as The Mindwalker to capture her.

In the middle of Summer 2018, Endpoint entered negotiations with Wholesaleryan56 to direct Rattle, after its previous director, BenIsLegit retired. The film was announced on November 7, 2018.

Rattle will be released in 2019, with Endpoint acting as the writer.