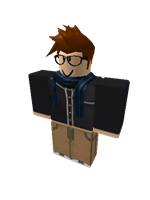 Revenger123 is a retired ROBLOX director. He is the founder and owner of RE Studios.

Revenger123 joined ROBLOX in 2008. In 2010, Revenger released his directoral debut, Army of Brothers, he soon released a sequel to the film and the critically acclaimed, Revenger.

ROBLOX 2012: End of Roblox was his last project before retirement.