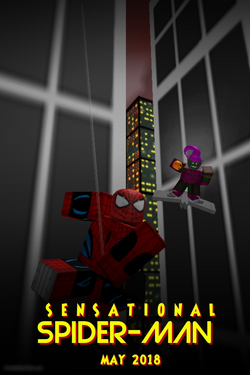 Release Date
May 2018
Directed By
TroyEast
Written By

Sensational Spider-Man is a upcoming superhero movie written and directed by TroyEast. It will be his directorial debut.

Based off of the hit Marvel comics by Stan Lee, The Sensational Spider-Man tells the story of a shy, nerdy high school teen, Peter Parker, who gets bitten by a radioactive spider, and soon gains super human abilities from it. But, after a tragic event occurs in his family, he realizes that his newly found powers should be used only for good.

Filming has been delayed until fall or winter. Currently, the script is still being written.