Shattered Silence: Fall From Grace is the second film by Zilex1000. It was released on November 4th, 2012 and distributed byZilex1000 Productions. As with his debut, Zilex employed the help of collaborators Rachelmay1 and Superpenguin55 to write the film. Much of the film was written in the month following the release of his debut.

After being transferred from London to a small town in central England, Mr Luis Clark meets Nancy Thompson, Lynda Aren, Mark Pierce, Landon McGrath, Tony Browning and the infamous Mrs Margo McGrath. He notes each person and assigns them all different personality archetypes.

After Margo's blunt rudeness and sabotage of Lynda's career, Margo finds herself with one less friend as Nancy storms off in a fit of rage. This is the first of three tension building events as Margo betrays Mark and leaves him for Landon and Landon discovers the affair Margo was having. This concerns Luis greatly and when Margo shows him the death threats sent, he is convinced a murder will occur if he doesn't try to do something. On the night of the re-release of "Gaslight", Margo is murdered despite attempts by Luis to prevent it.

What follows will prove to be one of Luis's most challenging cases yet.

A remake of the original Shattered Silence had been planned after it was heavily panned by critics and was deleted. Production for various remakes had been started but most never got into the filming stage or were never completed. Production for Shattered Silence began immediately began following the release of Chapter 3 of Tales From The House, back in late September.

The script was revisited twice before a final copy was completed and handed in for reviewing on October 8th. Filming commenced on October 10th and was completed October 23rd. Editing took longer than most of the post production processes and as a result of glitch and error on the night of the premiere, the film was delayed until November 4th.

Complaints about very quiet and inaudible audio were fired out when it was first released and so the film was taken down, re-edited and re-released on November 10th. Shattered Silence: Fall From Grace was removed on April 6th and it was confirmed a new remastered version with the Technicolor restored and text in place of voices was to be released. On April 8th, it was uploaded.

Shattered Silence: Fall From Grace was praised for its soundtrack and acting, but criticized for its messy writing. 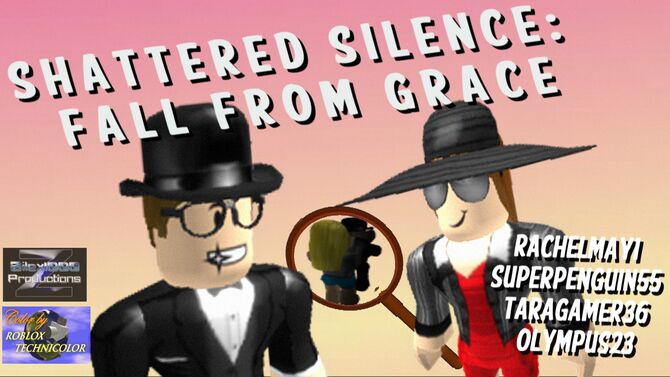 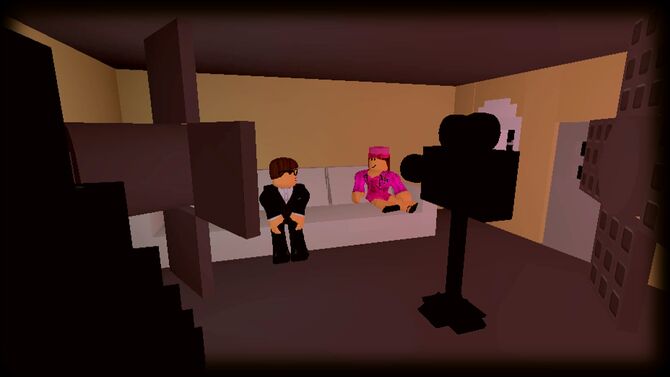 Cast of the film at the premire

The second film in the series, Shattered Silence: Murder On The 13th Floor, will serve as the direct sequel to Fall From Grace, centering on the events that followed Margo's murder in 1955.