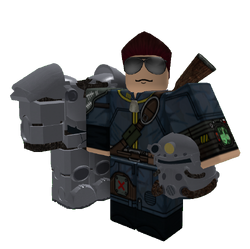 His first account, MikeHike, joined in 2008 and was banned for profanity in 2011. On his second account, thenintendofreak (which suffered the same fate is MikeHike), somekiryu released his first movies.

In mid-2012, somekiryu lost Builder's Club. In turn, The Capcom Productions was handed to AbsentHiya (as a group holder). After running the group like this for a short period of time, Derter23 approached somekiryu, proposing a change in leadership. somekiryu 'tested' AbsentHiya in order to judge his maturity, to which Absent failed and in turn refused to give the group to Derter. As a result, somekiryu had Derter23 make a new group called The Capcom Company.

Later, after the collapse of ConFilms and attacks on his previous channel, somekiryu created a new company and channel; Neverwakening Productions. Somekiryu began to make movies that raised awareness on certain topics, such as depression, schizophrenia, and PTSD. Out of these films spawned Static, which proceeded to win Best Picture at the 2014 BLOX Awards.

On October 19, 2015, somekiryu released a promotional clip for an upcoming film, Rescind: Elegies , followed by a mulitude of trailers and clips from various upcoming productions, such as The Firmament and Annabelle.

After the release of Annabelle, somekiryu went on to announce two new upcoming films: Disharmonies of December and Alright. However, these two films were soon cancelled as somekiryu shifted his focus unto Rescind: Elegies. After some time, somekiryu began rolling out a series  of reboots of the Rescind Cinematic Universe. Aphelion, a reboot of Eclipse, was released August 25th, 2017. Currently, reboots such as Numbers, The Ghost of Aokigahara, and Darkvalk (Reboot) are in-production, as well as an untitled project.