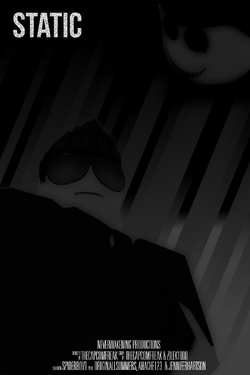 Three of the four biggest crime lords in America are faced with a challenge with the fourth is suspected of treason, and when the first's, Jacob, schizophrenia gets out of hand.

The idea for Static originally started as a film soley about schizophrenia, however, due to the small amount of content story-wise, ThecapcomFreak cut it to a music video titled Paranoia. After some thought, ThecapcomFreak reverted the idea back to a full length film, and added a crime element to the film. The film was released on July 8, 2014.

The film was released to positive reviews.