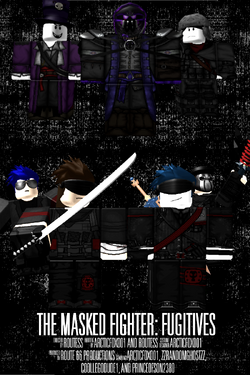 A boy named Marcus is recruited into a defence force called Shadow Clan and is expected to just be going on scouting missions and taking out thugs. An evil group called “The Bounty Hunters” start terrorizing innocent civilians of towns around the globe in search of the Power Core to change the world into their own perfect image.

Filming for episode 1 started in Auguest 2015 and the first episode was released on August 21, 2015. The second episode was uploaded on November 21, 2015. However, both episodes recieved copyright complaints and was blocked worldwide. The first episode is blocked and the second episode is currently unblocked. Despite not having an episode in two years, the series was officially cancelled when Routess announced his retirement from the ROBLOXiwood community.

Episode 1 of Season 1 was uploaded on August 21, 2015 and had exceptionally high ratings.