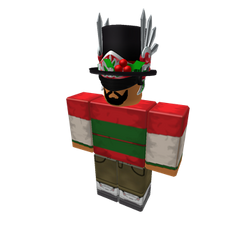 Tokyodrift7 is a Robloxiwood actor and director. He made his directorial debut with The Dominus series.

Tokyo first joined ROBLOX in the summer of 2010 on a friend's account. Tokyodrift7 was created on May 4, 2011. Tokyo started out doing gaming videos and sci-fi video game machinimas. After his first Youtube account was deleted for copyright strikes, he focused on ROBLOX gaming videos. Around 2012, Tokyo started doing short ROBLOX Machinimas and gameplays, which received positive reviews. The new channel was also taken down, which caused Tokyo to quit ROBLOX for a while until early to mid-2013. In late 2013, Tokyo joined Neverwakening Productions as an actor, and after acting in a series of films, Tokyo began his directorial debut with The Dominus series.