The film has been in-production completely under wraps since September 2016, and was released on January 18, 2017.

Markus Stapleton, CEO of a universally praised magazine company, is thrown into the event of the decade- after suspecting a former co-worker of leaking and having publishing private information of his personal life in his own magazine, putting his family and his own life as risk.

Production on the film began in September 2016, with writing complete after two days, filming commances on September 19, and had been expected to wrap in October. However commitments to his other current production Injustice as well as plans for Octoberfest during that time, the film was left on the backburner as a side project.

Progress stopped until the end of November, after Rick began losing motivation to do his current productions, deciding to focus on Transgression instead. In December, production was back in full swing, filming is expected to wrap in mid-January 2017, with the film originally planned for release in early February, however production wrapped early on January 17.

The film was released the following day. 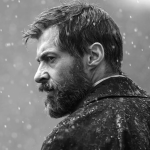 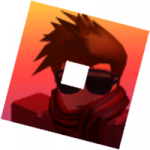