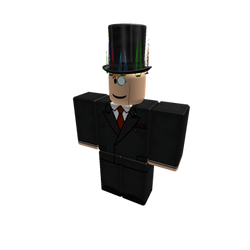 2012: End of Roblox
Army of Brothers
The Vortex Security Saga

Ultrazz is the owner of ZZR Studios.

Ultrazz joined Roblox in July 2009.  Shortly after joining, Ultrazz began posting on the Forums.  Having loved acting all his life, he gravitated to ROBLOXiwood.  There, he began developing his feature film, ROCKY. On October 18th, 2009 Ultrazz opened ZZStudios.  On October 20th, 2009, RobloxiVideos merged with ZZ Studios to form ZZ Roblox Studios (ZZR).

Ultrazz had acquired REStudios and Robux-Soft, and began discussing a partnership with DonCurrency's studio, The Mafia Films, which was achieved on November 21st, 2009.

With growing family commitments, RoYeL had to resign as the chief advertising director, though he remained in contact with the studio. Later on, in an interview, RoYeL stated he was rebranding Robuxs-Soft as VIK Films and that ZZR would be partnered with them. By February of 2010, Ultrazz began finding it difficult to both operate ZZR and attend to his life's commitments.

By late 2010, ZZR Studios had grown to over 300 members in the home group and over 600 members in the ZZR community.  WRS Corporation eventually came on the scene in recognition of ZZR, and joined as a ZZR partner.  Thankfully the studios met and finalized a partnership, which would last through the rebranding of WRS Corporation to ConFilms in 2013. Throughout 2011, ZZR's production and releases began to slow.  ZZR eventually came to a close. Ultrazz eventually left Roblox, with DonCurrency, Halopro21, and Batman26948 being in charge of ZZR.

ZZR Studios continued to produce and direct films through its Associates. Ultrazz briefly returned to reconnect with his old friends DonCurrency, Rick120, and LordCrossfire82.  His brief return coincided with the opening of "The Ultrazz Centre," and the 2014 Octoberfest Film Festival, where he won the Lifetime Achievement Award.

Ultrazz was honoured with the opening of "The Ultrazz Centre" in October 2014.