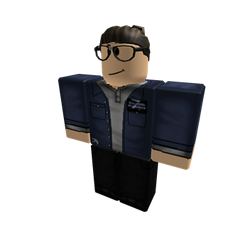 Zilex1000 is a director, writer and producer. Making his debut with Shattered Silence: Murder Calling in 2011, he founded and run Zilex1000 Productions.

Zilex1000 joined ROBLOX on the 14th of July, 2011. Mostly a casual user of the game, Zilex was not introduced to ROBLOXiwood and filmmaking until October 2011, when he became acquainted with Austin4ever. After acting in a few productions by Austin, Zilex was inspired by the videos of Bobbysayhi and directed his first video, Shattered Silence: Murder Calling. He directed several shorts, including North by Northwest and Run Laurie Run. DonCurrency offered Zilex a subsidiary deal, which would allow him access to resources that The Mafia Films had. It was under Don's direction that Zilex directed his debut film, Tales From The House.  After becoming independent of TMF, Zilex released Shattered Silence: Fall From Grace in November 2012. In April 2013, Zilex took down the film and reuploaded it with captions. He released his third film, Through Frosted Glass, in May 2013. He acted as the film's sole producer and writer.

After a long break from films, Zilex finally returned to the scene with the announcement of Orbital Providence. Co-written and co-produced with Superpenguin55, the film was released on August 22nd. It won seven awards, yet its high award count was highly controversial. On September 16th, Zilex announced the second installment in the Shattered Silence franchise, Shattered Silence: Murder On The 13th Floor. However, it was cancelled when Zilex left ROBLOXiwood on January 20th 2015. On October 17, 2015, Zilex returned and announced plans for Technicolor Dream and released a teaser trailer. It was later cancelled.

As a member of the community, Zilex was an admin on the Wiki, and helped create policies along with former Wiki owner Superpenguin55, DonValuta and somekiryu.